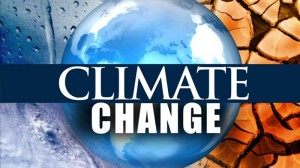 Message From The Chairman

In recent decades, changes in climate have caused impacts on natural and human systems on all continents and across the oceans. In many regions, changing precipitation or melting snow and ice are altering hydrological systems, affecting water resources in terms of quantity and quality. Glaciers continue to shrink almost worldwide due to climate change, affecting runoff and water resources downstream. Climate change is causing permafrost warming and thawing in high-latitude regions and in high-elevation regions. Many terrestrial, freshwater, and marine species have shifted their geographic ranges, seasonal activities, migration patterns, abundances, and species interactions in response to ongoing climate change. Cities in particular, will be affected by climate change-related events such as rising temperatures, heat stress, water security and pollution, sea-level rise and storm surges, extreme weather events, heavy rainfall and strong winds, inland flooding and food security issues.

There is now an overwhelming level of scientific consensus, with over 95% of scientific certainty that human activity is the cause of climate change.

However, in spite of robust scientific reports by the Intergovernmental Panel on Climate Change (IPCC) and the effort of the United Nations Framework Convention on Climate Change (UNFCCC)  to coerce the international community to reach a binding agreement on carbon reduction – global actions are slow. The Earth’s average temperature has already risen 0.8°C since the 19th century and if emissions remain unabated, by the end of this century temperatures are likely to rise  beyond 4.0° C. Triggering a cascade of dire changes that include extreme heat-waves, declining global food stocks and a sea-level rise affecting hundreds of millions of people. Greater adaptation and mitigation efforts are essential and cross sector action is urgently needed.

I am delighted to be the current chairman of the Hong Kong Climate Change Forum (HKCCF) and thank all of those who have made and are making it such a success. We are now working on hosting the 3rd International Conference on Climate Change (ICCC2014): Urban Adaptation to Climate Change and Building Resilience in Asia’s Major Cities and Hong Kong at the Grand Hyatt in Hong Kong on 27-29th November 2014.

HKCCF welcomes you to join us in our efforts to build a low carbon and a climate resilient future and we look forward to seeing you at the 3rd International Conference on Climate Change (ICCC2014).